What is the altitude for? For the wine lover, altitude is perhaps the characteristic that most easily defines Beira Interior. But this region is much more than its plateaus and mountains: from the diversity of the sub-regions to the uniqueness of the local grape varieties, through the fantastic heritage of the old vineyards and environmental preservation, Beira Interior is a whole reservoir of wine authenticity, where quality and difference always go hand in hand.

The wines from Beira Interior are undoubtedly

strongly influenced by the altitude

Surrounded by mountains (Estrela, Gardunha, Malcata and Marofa are the main ones), the vineyards are usually planted in plateau or hillside areas, between 350 and 750 meters high, making this wine region the highest in Portugal.

But what does such fact have to do with the quality and profile of wines? In short, with altitude, the atmosphere becomes less dense and the atmospheric pressure drops, so that the heat retention of the sun's rays is less effective. This means that, for every 100 meters that we rise above sea level, the temperature drops 0.65oC. In other words, in the same area and on the same day and time, we can have 35oC at sea level and just over 30oC at 750 meters of altitude.

In a continental climate, characterized by cold and harsh winters and hot, dry summers, altitude can make all the difference in the most critical stage of ripening grapes (July and August), mitigating heat shocks. On the other hand, the lower atmospheric density favors the thermal amplitude between day and night: cool summer nights are something that wine producers love, as they allow a less hasty and more balanced ripening of the grapes, preserving their natural acidity and other important compounds.

Therefore, and in a very simplistic way, altitude means, above all, acidity and freshness, a rare and precious asset in wine regions furthest from the coast.

Beira Interior is far from being all the same and that is precisely why the Controlled Denomination of Origin (DOC) is divided into three sub-regions: Pinhel, Castelo Rodrigo and Cova da Beira. The Pinhel sub-region starts north of the city of Guarda, in Celorico da Beira, and goes to Mêda and the Serra da Marofa to the north, and Trancoso to the west, with an average altitude of 650m.

The Castelo Rodrigo sub-region, on the other hand, is contiguous to that of Pinhel, separated from it by the Côa river, extending inland to the border with Spain. The northern border goes roughly to Figueira de Castelo Rodrigo, with Almeida delimiting it to the south. It is a high plateau region, between 600 and 750 meters of altitude. Pinhel and Castelo Rodrigo have a dry climate, with relatively low annual precipitation and large annual thermal amplitudes, with frequent snowfall in the vineyards during the winter.

Cova da Beira is the largest of the three sub-regions and the one that is further south. Its northern limit is marked by the mountains of Estrela and Malcata and extends south to the Tagus River and Vila Velha de Rodão, passing through Castelo Branco. Here, the altitude is more moderate and the climate is not so extreme and continental, having already some Mediterranean influence. Overall, rainfall is also slightly higher than in the Pinhel and Castelo Rodrigo subregions. And the combination of all of these factors leads to significant differences in maturation compared to the two sub-regions further north, with the harvest often taking place a few weeks earlier.

But outside these three sub-regions, there is also vineyard and wine! Not being integrated in DOC Beira Interior, the areas not covered by the sub-regions are included in the Terras da Beira Geographical Indication.

Changes in altitude, relief, humidity and temperature, lead to different terroirs in the approximately 16,000ha of vineyards in the region. The soil profile in Beira Interior also contributes to this diversity, which is not homogeneous.

Although most of them have a granite base, this granite presents significant differences, exhibiting several sandy areas. There are also areas of shale and quartz veins, which are generally not very fertile and stony soils, which ends up naturally controlling the vigor and productivity of the vines. On the other hand, the interiority and, in some way, the lesser presence in the main wine distribution circuits, allowed Beira Interior to preserve a large part of its viticultural genetic heritage, which is evident in the many plots of old vines in the region.

These oldest vineyards, planted with several mixed grape varieties, keep the most traditional varieties in the region, which have adapted to the particular conditions of that climate and soil over hundreds of years and originate wines of great complexity and strong sense of identity. Likewise, the dry and harsh climate does not favor vine diseases, so the vast majority of vineyards, old and new ones, are worked either on integrated or organic production mode, thus contributing to environmental preservation and sustainability. 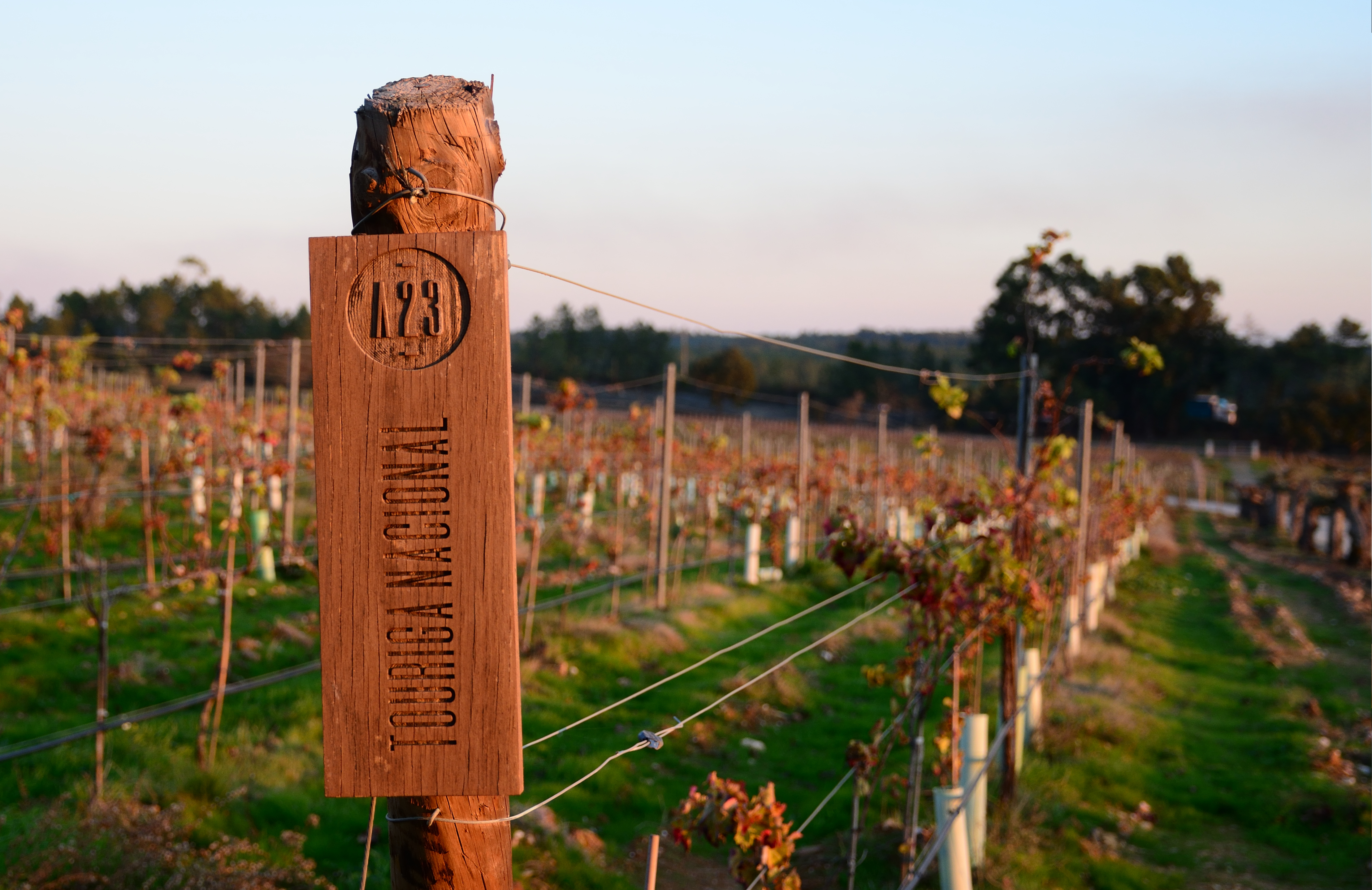 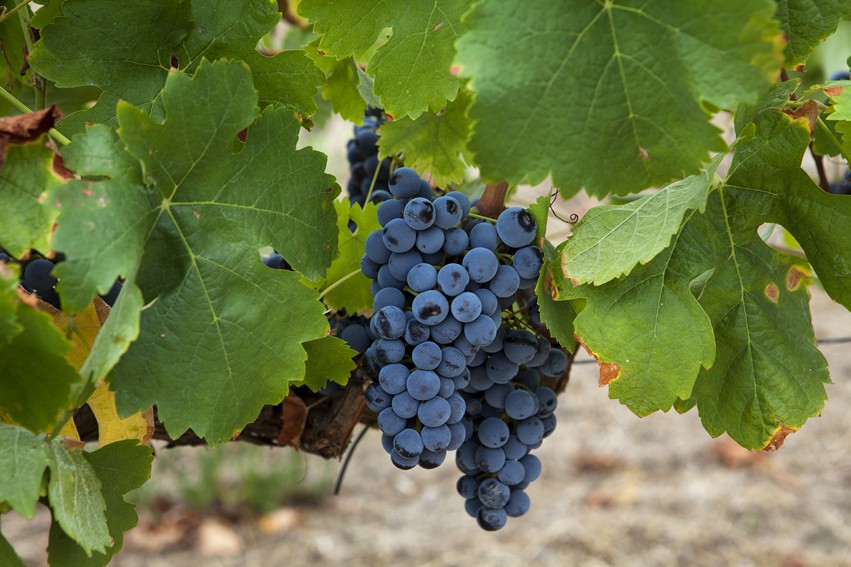 In terms of identity grape varieties, white Syria and Fonte Cal and red Rufete should be highlighted. Syria may be the variety that most connoisseurs relate to Beira Interior. Known around Alentejo as Roupeiro, it shows in these highlands beirãs a qualitative performance unmatched in any other region of Portugal, with an inimitable purity and aromatic exuberance and freshness in the mouth. But perhaps even more identifiable is Fonte Cal, a local grape that practically does not exist outside Beira Interior, and that more and more producers are choosing as their first choice, thanks to the structure, creaminess and elegance of the wines it originates. Although it may have a tendency to lose acidity, in the highest areas, above all, when harvested in time, this disadvantage is easily overcome. Other classic white grapes very present in the region are Fernão Pires, Malvasia Fina or Arinto.

Now, the Rufete ink (called Tinta Pinheira no Dão), dominant in the older vines, draws attention after long years neglected due to the weak color of its wines. It tends to produce too much, but when well treated, planted in poorly fertile soils and controlled its production, it produces reds of enormous delicacy, with very elegant fruit, earthy aromas and smooth and polished tannins. In the traditional vineyards we also find, among others, Trincadeira, Jaen or Marufo.

In the last two decades, the modern vineyards of Beira Interior have hosted several other national and international grape varieties, such as Tinta Roriz, Touriga Nacional, Touriga Franca, Chardonnay, Riesling, Syrah, Merlot or Cabernet Sauvignon. Among all of them, in addition to the essential and so adaptable Touriga Nacional, it is worth noting the remarkable performance of Tinta Roriz / Aragonez, whichfound in Beira Interior a custom made terroir. In the high and airy areas, it shows an excellent behavior, maturing without much haste, giving rise to powerful wines but with tamed, fine and persistent tannins.

Whatever the variety or grape varieties used, the grape varieties are part of a terroir, where soil, climate and people mold and combine to create an identity. This whole is bigger than the sum of the parts and Beira Interior wines are a reflection of that. Tall, white, rosé and red wines, firm, serious, elegant, long-lived, with all the character of the land that saw them born.